The issue #19 (closed) addresses central regulation on the system with a so-called supervisor and controllers. A controller can pick measured flows anywhere in the system and coordinate flow influences anywhere. While Supervisor and Controllers can simulate whatever artificial influence that can be imagine, this method has several pitfalls:

If the simulated flow time series is picked from an upper node, then the data is available and the process looks like an open-loop regulation.

Here below a scheme comparing the two paradigms of regulation: central supervision and local rules: 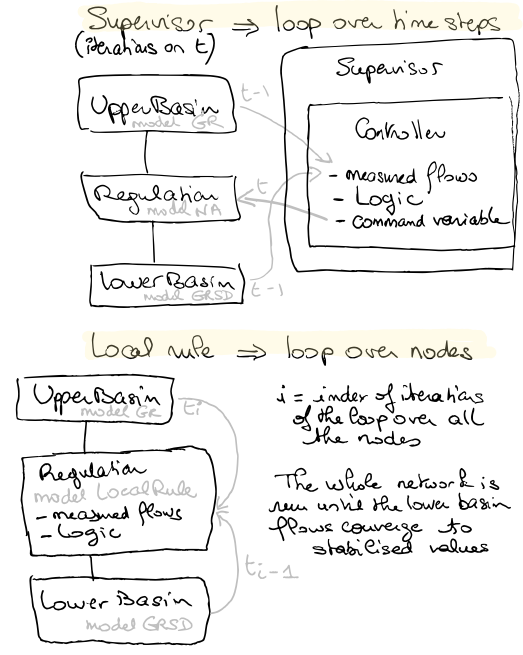 With the local rules concept, it is now possible to calibrate a model containing nodes with local rules (calibration with dynamically influenced flows) because each node is run for a entire run period which allows to do calibration node by node from upstream to downstream. And moreover, we can imagine that a local rule depends on free parameters that can also be calibrated in the whole process (needs more conceptual investigations).